Train from Hungary to Croatia is a popular way of getting between these two neighbouring countries. The train route primarily connects the capital city Budapest with the capital city Zagreb. From Zagreb, it is possible to further travel to other Croatian cities by train. The route is operated by MÁV-START Vasúti Személyszállító Zrt (MÁV-START Railway Passenger Transport Ltd.).

Below is the detailed guide for each popular train route from Hungary to Croatia.

Train from Budapest to Zagreb is the most popular train route from Hungary to Croatia. It is actually the only train route with direct connections. There are usually up to 6 daily departures, but it is good to know that the timetable changes throughout the year.

There are usually up to 2 direct daily departures from Budapest that don’t require any train change. The route is operated by InterCity (IC) trains and the journey takes around 5.5 hours.

All other departures require up to 5 train changes along the way. On most departures trains make a stop in Sopron, Gyor and several other Hungarian cities. On one departure, the train goes via Bratislava, Vienna and then back to Zagreb. These quotes are operated by the following train types:

The waiting time between the trains can last from several minutes to several hours, so always check this information for your departure. Accordingly, the total journey time takes from 8 to 22 hours, depending on the departure.

If the train departure times don’t suit you, a bus from Budapest to Zagreb can be an alternative option with one daily departure. Tickets start from €16 and the journey takes about 4.5 hours.

An estimated price for the total journey starts from around €45. An estimated travel time is around 11.5 hours, not including the waiting time between the trains.

As an alternative, you can always take a bus from Budapest to Split.

Map of the Hungarian railway network 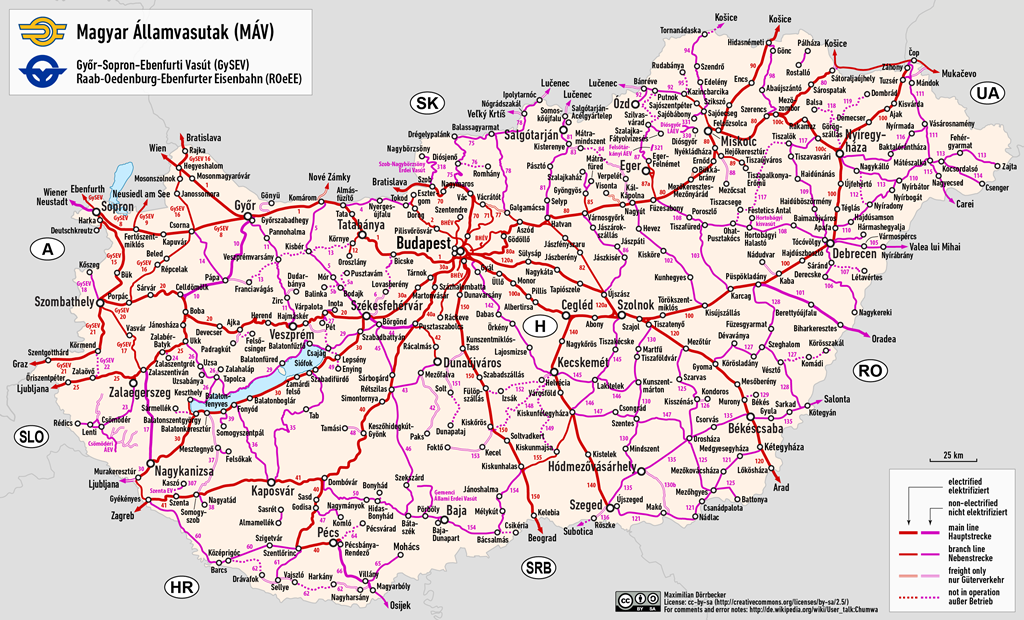