Train from Switzerland to Croatia is one of the ways of travelling between these two countries. All trains depart from Zurich and arrive in Zagreb from where you can continue by train to some other Croatian cities. There are direct trains and trains that require multiple changes. The route is operated by Swiss Federal Railways.

Below is the detailed guide for each popular train route from Switzerland to Croatia.

Train from Zurich to Zagreb is the only train connection between Switzerland and Croatia. There is up to 1 direct daily departure operated by EuroNight (EN) train (a night train). These trains are 2nd class only, they are equipped with couchette and sleeping cars and the reservations are compulsory. The journey on this direct train takes up to 15 hours.

The train goes via Innsbruck (Austria) and Maribor (Slovenia) but stops only for boarding and alighting.

There are also up to 6 daily departures that require a train change. Usually, there are up to 3 train changes, but on some departures, you would need to change the train up to 11 times, which obviously makes no sense. Some of the trains make a stop in Vienna or Graz (sometimes Salzburg and Villach) and then Ljubljana, Celje or Zidani Most. These routes are usually operated by EuroCity (EC) trains, Railjet Xpress (RJX) trains and Railjet (RJ) trains.

The waiting time between the trains varies between several minutes and a few hours. Accordingly, the total journey takes about 14 to 22 hours.

NOTE: Schedules change throughout the year, so it is important to check the exact date of departure.

If looking for an alternative travelling option, then taking a bus from Zurich to Zagreb might be a more convenient option. There are up to 3 daily departures, most of them being night buses. Tickets start from €107 and the journey takes approximately 13 hours.

Anyway, if for some reason you want to travel from Zurich to Dubrovnik by using the train as much as possible, here is how to do it:

Of course, there is an alternative option of travelling this route by taking a bus from Zurich to Dubrovnik.

Map of the Swiss Railway 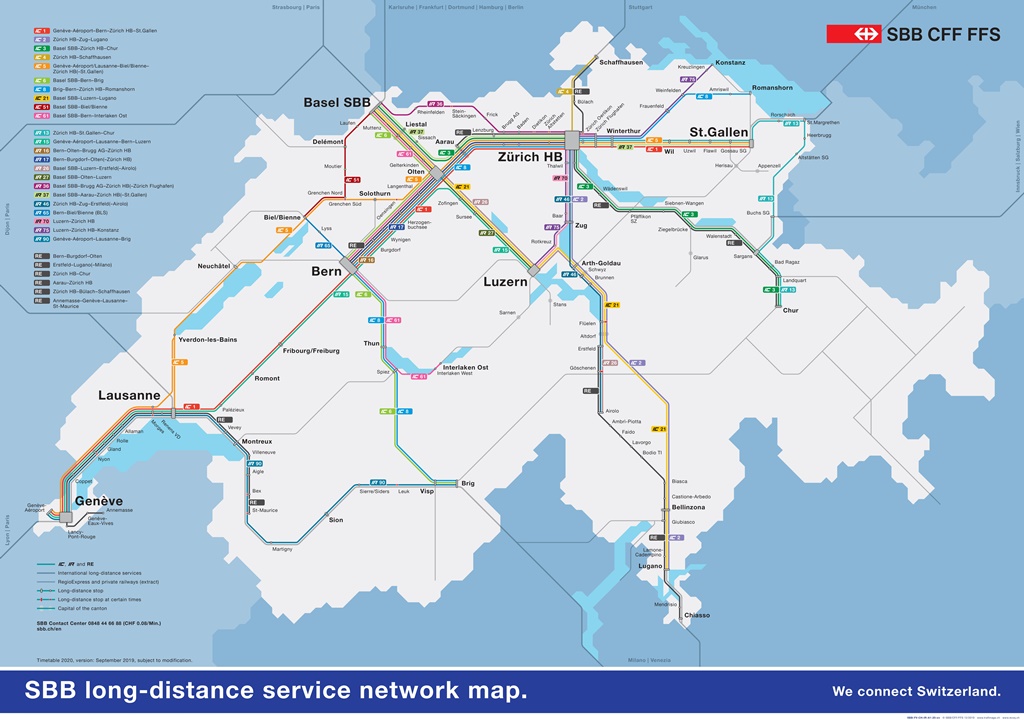